A multi-purpose Finale plug-in that creates patterns of various elements in the selected area.

For Finale 25 and later. This is a multi-purpose Finale plug-in that creates patterns of various elements in the selected area. 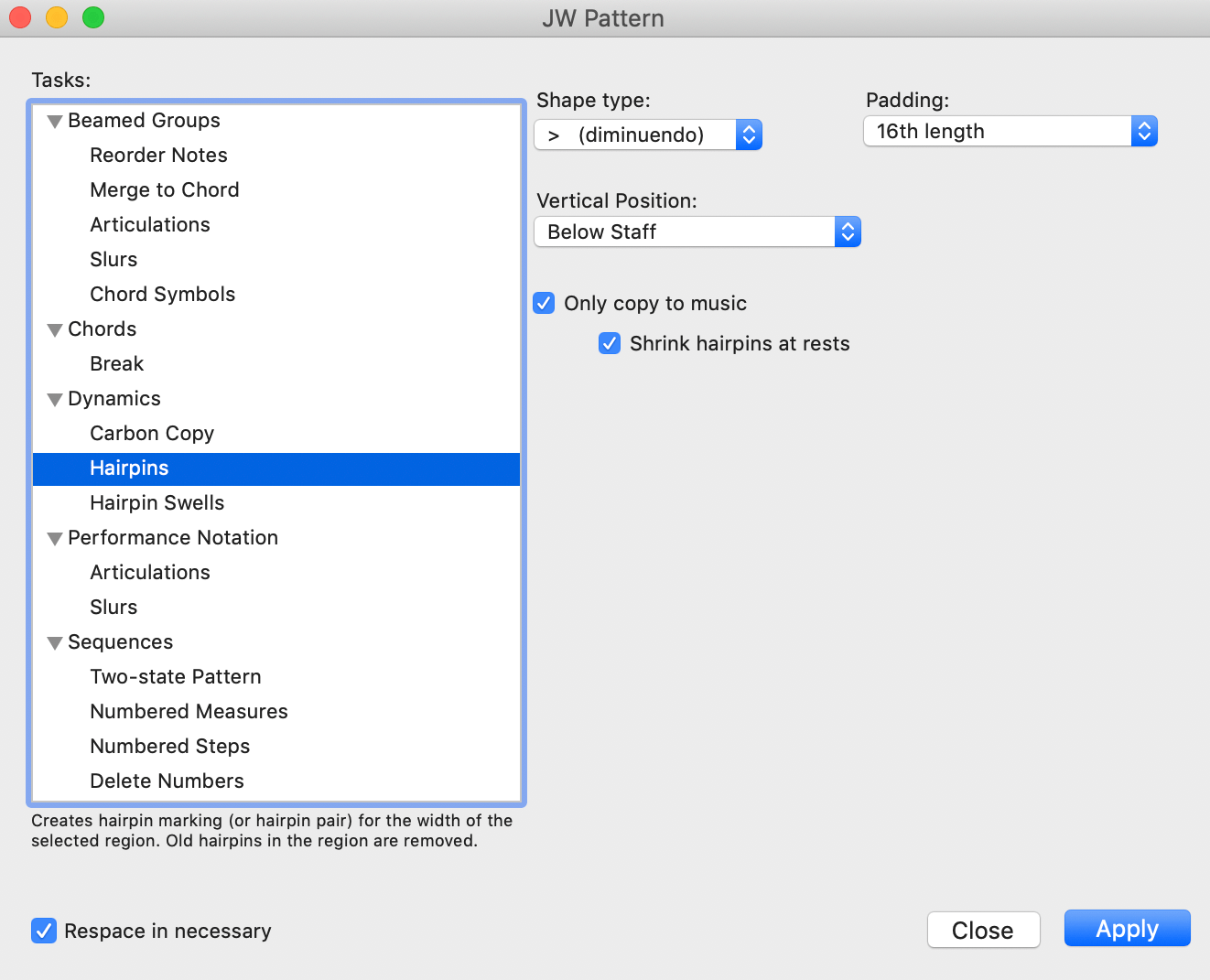 Break – Breaks a chord into a single-note sequence that spans the duration of the chord.

Be the first to review “JW Pattern” Cancel reply